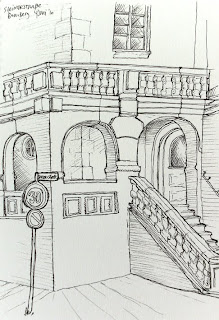 Bamberg city is beautiful, with a lot of nice motifs for your sketchbook, but with all that beer, you gotta make a choise of what to do with you time in Bamberg.
Indsendt af Tomas Bjornsson kl. 09.43